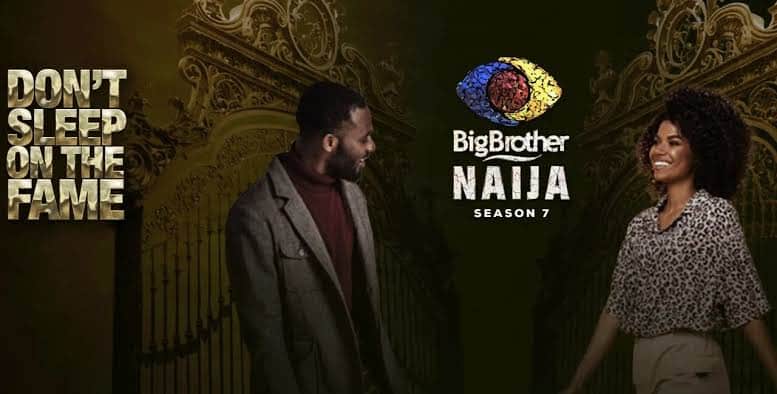 It’s that time of the year again. Everyone is about to have their eyes fixated on TV screens, to a DSTV or GOTV channel, until the day a winner is announced. It’s Big Brother Naija, ladies and gentlemen, and the season 7 – Next Level – has just begun.

The show kicked off on the eve of Saturday 23rd July, as the ever-fashionable Ebuka introduced the housemates to millions of Nigerians. 12 housemates were ushered into the Big Brother’s house, each promising a different kind of performance.

The question on everyone’s lips at the moment is, “Who will win the Big Brother Naija season 7?” Well, check out the housemates and their characteristics below to see if you can infer a potential winner.

Pharmsavi is a multi-talented extrovert with great humor. He loves life and acting and wants to make it his career. He feels Big Brother Naija will launch his acting career.

Beauty identifies herself as a generous, open, reliable free-spirit who feels she can accomplish anything. One of her lowest points was failing the Nigerian Bar Exams. As the youngest of four, Beauty has consistent love, guidance, and support.

Cyph remembers his credo, ‘You only live once,’ by quickly resolving issues with loved ones. This 27-year-old likes being joyful but cries easily when angry. Cyph has his eye on someone outside the BB house.

She’s straightforward and carefree, which could anger other housemates, but she hopes to compensate by being easygoing and enjoyable.

Ilebaye thinks Big Brother Naija is an excellent way to promote herself and her business.

Groovy is 26, from Anambra State. He has a B.Sc. in Biochemistry from the University of Lagos. His winning mentality pushes him and others to greater heights, he says.

He’s run a garment and accessories business for four years and dabbles in music. He hopes Big Brother Naija will help him get noticed.

Phyna will level up with ginger and vibes. Big Brother Naija fans will enjoy her because she’s cheery, but they may find her too strict.

Phyna is malice-free. She’s short-tempered and can quarrel one minute, then converse the next. Single and a born entertainer, she’s single and believes na mumu dey fall in love.

This joyful 25-year-old hype girl is allergic to rumors. Her graduation was one of the happiest times of her life. Phyna wants to make a difference through Big Brother Naija.

Kess is a 28-year-old married businessman who enjoys life. He’s proud of his “showstopping, jaw-dropping” talents.

Others find Kess’s stubbornness and self-esteem annoying. His dream has always been to enter Big Brother Naija.

Daniella wants to shine. She’ll make her presence known in the House and, playfully, vows not to steal food from housemates.

Daniella, 22, works out when she’s not writing, acting, or singing. She hates bullies and believes in fair play. Thus she’s usually “the defense” in arguments.

Daniella is resilient, energetic, and perceptive. She has a twin brother, five elder brothers, and a younger sister. Daniella recently ended a terrible relationship but still believes in love.

Mbah Chiamaka is a health care worker from Anambra State. This daddy’s girl has one sibling and adores generous men.

Her slogan, ‘Grab the bull by the horns and forge on,’ helps her negotiate life’s highs and lows. Amaka says she joined Big Brother Naija to win, have fun, meet new people, and annoy her exes.

Amaka acknowledges she can appear bold, angry, and “extra,” but she’s as soft as jelly. She admits she talks too much, which her Housemates may find tiresome.

Christy O is a cosmetics businesswoman. This 24-year-old model believes in second chances.

She calls herself a “funny, smart, hardworking extrovert” and says you’ll find her “where the fun is.”

Christy O writes poems when she’s not hiking or picnicking with friends. She’s combative and snarky, which may annoy Housemates.

Despite this, Christy O feels she’s ready for the show.

Bryann enjoys meeting new people, socializing, and watching movies. He is happiest when he’s creative and hopes Big Brother Naija will help him communicate with people, build his social currency, and promote his music.

Khalid, who is “chronically single,” isn’t seeking love. Instead, he wants to promote himself and meet new people on Big Brother Naija.

So, who do you think will win the BBNaija season 7 show? Let us know in the comments.

Share on FacebookShare on TwitterShare on Linkedin
Big Brother Naija