What is Mkpuru Mmiri? 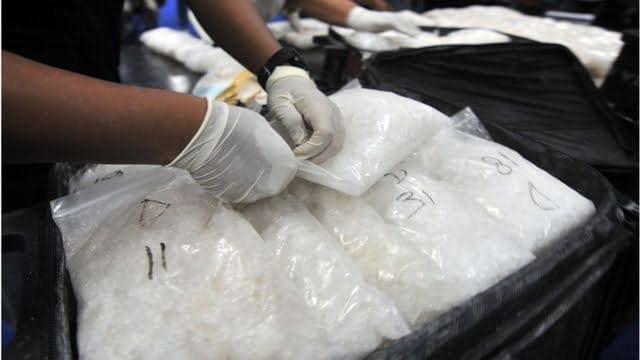 You must have come across or heard the word Mkpuru Mmiri. What is it? What does it mean? I’ll be discussing all about it in this article so read on.

What is Mkpuru Mmiri?

Mkpuru Mmiri is Methamphetamine, or Crystal Meth. The word Mkpuru Mmiri is an Igbo term for the psychoactive drug and it means seed of water. It’s an ice-block like and shiny blue-white substance. Methamphetamine was first synthesized in 1893. It was in popular use during World War II to keep soldiers awake and also during the 1970’s before and after the War On Drugs in the United States.

These show that the highly addictive drug has been around for a long time. However, it’s only come to Nigeria recently and is most popular in the South East part of the country, indigenously known as Igbo land. Meth, Mkpuru Mmiri, drew a lot of attention recently following media outcry of heavy use among youths in SouthEastern Nigeria.

Mkpuru Mmiri is a highly-addictive drug which makes it very dangerous. At the moment, there’s no medical cure for an addict. The only possible cure is Behavioral Therapy and such psychotherapy isn’t available in Nigeria. However, people in the southeast have found other means to cure the addicts.

In one video, they were tied to pillars and flogged. While many people, especially on social media see this to be jungle justice, many others do believe it’ll help curb the problem. At the moment, the NDLEA is on the matter. However, how did a drug mainly sold by Mexican drug cartels find its way into Nigeria?

How Did Mkpuru Mmiri Come To Nigeria?

Meth is sold mainly by Mexican Drug Cartels. Countries in South America where most of these cartels operate have tightened their security making it difficult to do business. As a result, they are turning their eyes on other countries with porous borders which Nigeria unfortunately is one.

South Eastern Nigerians are infamous for being part of these drug cartels more than any other part of the country. In 2018, a University Don accused Igbos of supplying drugs to the North. An ICIR report in 2017 also shows that the majority of Nigerians executed in Indonesia and Singapore are Igbos.

A particular case that drew interest at the time was that of Izuchukwu Ezimoha. While he was executed in Indonesia for drug trafficking, he was given a hero’s burial in his hometown in Anambra state. With all of this, the answer to the question, how did Mkpuru Mmiri come to Nigeria is simple.

Since countries where the drug cartels operate are shutting them down, Nigerians who are part of these cartels are bringing the drugs home. South eastern Nigeria is not the only place where Meth is abused. It’s also widely abused in the North and South West, most especially Lagos.

The body releases high levels of the neurotransmitter dopamine when a person uses Mkpuru Mmiri. It affects motivation, enjoyment, and motor function. Mkpuru Mmiri  is commonly abused in a “binge and crash” fashion. Before the first dose wears off, the user strives to retain the high by taking more.

Because the drug affects reward centers in the brain, taking another dose is attractive. Some people binge for days, eschewing food and sleep while abusing the drug.

These high levels of dopamine may also help make Mkpuru Mmiri more hazardous to brain neuron terminals. Methamphetamine is distinct and more harmful than other hard drugs since it stays in the body longer. This prolongs the drug’s brain presence and stimulating effects.

As stated earlier, Mkpuru Mmiri  is highly addictive. Tolerance and psychological addiction can develop quickly. This is because dopamine stays in the brain synapses for a long time after use. Dopamine keeps the cells active, allowing the consumer to feel euphoric.

Once the user is unable to create dopamine naturally, they need the drug to feel normal, and bigger dosages to feel pleasure. Although stopping doesn’t cause a physical withdrawal, it does cause other effects like apathy, mental depression, fatigue, and disorientation.

How To Stop It

Meth or Mkpuru Mmiri has no cure. The best a person can do is to attempt withdrawal while having someone else watch them, like in therapy. Nevertheless, if you know anyone addicted to Mkpuru Mmiri and is trying to stop, they can try the following tips:

Drug abuse is a serious killer and it’s unfortunate that many Nigerian youths go down the path. Mkpuru Mmiri is the latest on the trend and it’s a collective responsibility of every well-meaning Nigerian, especially those in the southeast, to help curb this disease.