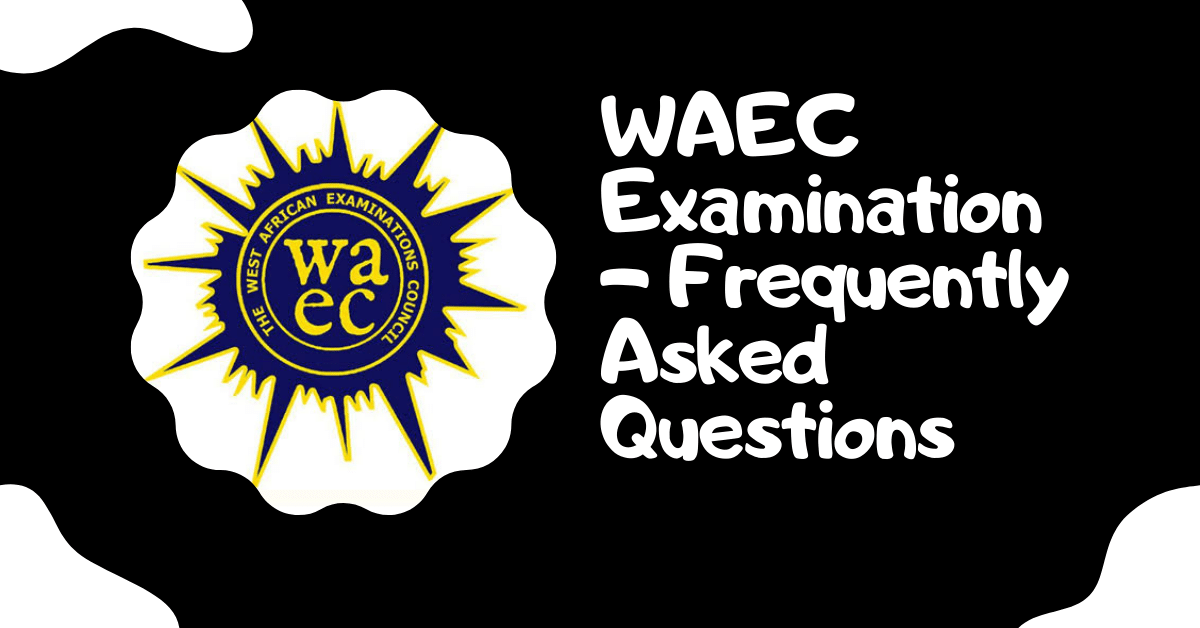 The West African Examination Council (WAEC) exams is synonymous with graduating from Senior Secondary School in Nigeria and other countries in West Africa. If you’ll be sitting for WAEC exams, it’s normal to be curious about the body conducting the exam. To help you, I’ll be providing answers to some questions students usually ask concerning the WAEC examinations.

History of WAEC in West Africa

Between 1949 to 1950, Dr. Jeffery travelled Gambia, Sierra Leone, Ghana and Nigeria After his trip, he wrote a report suggesting the West African Examinations Council. In late March 1950, four West African nations unanimously agreed and published the report, and the West African Inter-Territorial Secretariat issued an ordinance establishing the Council as a legal entity.

The Gold Coast Legislative Assembly passed the West African Examinations Council Ordinance No. 40 of 1951 in December 1951. Similar legislation by Nigeria, Sierra Leone, and Gambia made it effective. WAEC opened a temporary office in Accra, led by the late Kenneth Humphreys, the Council’s first Registrar.

By 1953, the Accra Office had moved to a facility near the former Department of Education on Rowe Road, and a permanent site in Achimota had been secured. Later in the year, Achimota’s new office buildings opened. In the same year, the Nigerian government made available big offices at the Technical Institute, Yaba, for the Deputy Registrar.

In Sierra Leone and Gambia, the Council worked through the Ministry of Education. In 1958, a Freetown office opened. Opening of the Council’s London Office in 1997. The Council’s national office in Gambia established in Banjul in 1973. The first Council meeting was held in Accra from March 24th to 27th 1953.

The governments of Gambia, Sierra Leone, Ghana, and Nigeria nominated 13 members and ten observers. The Council received a brief report from the Registrar and established five committees. The names of the Committees have varied over time. Liberia became the fifth member of WAEC in 1974. The Council opened an office in Liberia in 1976, and relocated into its own building in Monrovia in January 1977.

WAEC is written in five West African Countries. This includes Nigeria, Ghana, Sierra Leone, Liberia, and Gambia. The exam is known as West African Senior School Certificate Examination (WASSCE). Only those who are done with Secondary School can take WAEC. In other words, you must be up to SS2 or SS3 to write WAEC. WAEC conducts three exams in a year; two exams for private students, and one for school (public) candidates.

SSCE is any exam you write to graduate from Senior Secondary School. It stands for Senior School Certificate Exam. WAEC examination is an SSCE that’s why it’s known as West African Senior School Certificate Examination (WASSCE). Also, NECO is an SSCE and so is the term examination you write during your final year in Senior Secondary School. However, WASSCE and NECO SSCE are the most renowned as you need at least one to get into higher institution.

There’s no age limit for taking WAEC exams as people can choose to be educated at any time. The age issue is one of the reasons why we have WAEC for Private and School (Public) students. You can register and write WAEC even if you’re 70 years. However, most students sitting for WAEC exams  in Nigerian secondary schools are teenagers. It’ll look odd to see a 60 or 70 years old person with school uniform on and writing WAEC. Hence, such candidates are advised to take WAEC for private candidates (also known as WAEC GCE) instead.

No, you can’t pay someone to write exam for you. Impersonation is a crime that attracts serious consequences, you can go to jail. If you want to register for WAEC exams, make out time to study and you should have no problems with passing. Majority of WAEC questions are objectives (A,B,C,D) so the answer is already available. You just need to take your time to think about the answer before shading.

Yes, when applying to a higher institution or when registering for JAMB, you can combine two WAEC results if you have problems with either that’s resolved in the other. However, a few schools, and some specific higher institution courses don’t accept result combination. Therefore, you should check with your school and course to know if you can combine result. But it’s 100% allowed for JAMB.

D7 is a pass grade but the minimum pass grade most schools accept for required subjects is a C. For example, Maths and English are two compulsory subjects for almost every course; you can’t get admission if you score D7 is any of them. If you’re a science student, your most important courses are English, Maths, Chemistry, Physics, etc. If you wrote Commerce, for example, and got a D7 grade, you can gain admission as Commerce isn’t needed for science courses.