Top Reasons Why IELTS Should Be Removed For Nigerians 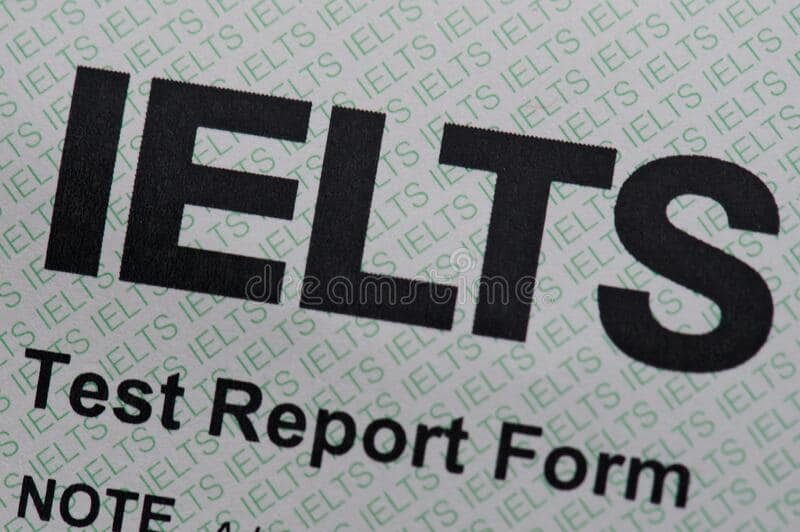 More Nigerians are joining the campaign pushing for the IELTS to be scrapped or reformed. Nigerians who wish to migrate to English-speaking nations such as Canada, the United States, the United Kingdom, or New Zealand are required to take the IELTS exam.

Over 10,000 organizations throughout the world recognize the International English Language Testing System (IELTS). It is one of the most important prerequisites for overseas students when applying for student visas in the United Kingdom. However, the necessity of it for particular countries has been questioned on various occasions.

IELTS is being criticized by Nigerians for a variety of reasons. Over 75,000 people have signed a petition to “Stop encouraging Nigerians to take IELTS.” The top reasons why people believe IELTS should be removed for Nigerians are as follows:

Nigerians opposed to IELTS registration are concerned about the exorbitant expense of registering for the language competency test. In Nigeria, the cost of taking the IELTS varies from 83,000 Naira to 89,500 Naira meanwhile N30,000 is the country’s minimum wage. In order to take the exam, applicants must pay over two or three times the minimum wage

Processing fees for student, employment, and immigration visas to the United Kingdom and other English-speaking nations including the United States and Canada are already costly. Nigerians who want to apply for a UK visa pay a cost of more than N190,000. Accommodation, tuition, and transportation costs are just some of the additional costs that students pay for while applying for visas.

The two-year expiration of IELTS is only logical if a person’s proficiency in the English language decreases with time. Nigerians, on the other hand, speak English every day, thus this is not the case. A large majority of Nigerians believe that the validity is two years so that its organizers may make more money.

Thousands of Nigerians take the IELTS every year as a result of the high number of people trying to leave the country. The number of applicants would decrease if the results did not expire after two years.

From 1914 to 1960, Nigeria was ruled by the British. English has remained Nigeria’s official language for the past 61 years, despite the country’s independence. There are more English speakers in Nigeria than in the United Kingdom or Canada. Nigeria’s 200 million+ population speaks English at an 85 percent rate, which is higher than the population of the United Kingdom and Canada combined together.

There are more than 500 native languages in Nigeria, including and Nigerians are compelled to take the IELTS because English is not their native tongue. However, every school in Nigeria teaches English, from nursery school to university. That is why so many Nigerians begin learning English at a young age rather than as adults.

Nigerians are among the most fluent speakers, readers, and writers of the English language in the world. Before being admitted to university in Nigeria, students must pass the SSCE (WAEC, NECO) English exams.

If you want to study or work in the UK, you don’t have to prove that you speak English if you’re from Jamaica. Now, Jamaica, like Nigeria, was a British colony and has English as its official language. However, Jamaican Patois, a creole language like Nigerian Pidgin, is spoken by the vast majority of the island’s population.

Nigeria has about 175 million more people speaking English than Jamaica. However, in contrast to Nigerians, Jamaicans are exempt from taking the IELTS. In Africa, IELTS is mandatory for all Anglophone countries. When compared to other countries, Nigeria has a higher proportion of native English speakers, so it should enjoy an advantage.

In most cases, Nigerians do not need to take the IELTS to demonstrate their English competence. IELTS is used by schools, companies, and other industries to validate that applicants have English reading, writing, listening, and speaking skills, according to the British Council.

In Nigeria, English is the primary language of communication. Hence, nationals don’t have to prove that they are fluent in a language that they have been taught since childhood to use every day. Nigeria ranks third in Africa only behind South Africa and Kenya in the EF English Proficiency Index 2021, which measures English proficiency.

IELTS is an English proficiency test. Nigerians and other Anglophone Africans must pass the test to study or work in native English-speaking countries like the UK and Canada.

The purpose of such a test is to guarantee African migrants can converse efficiently when traveling abroad. In Nigeria, people are advocating for the IELTS to be abolished because it is expensive, doesn’t last, and is unnecessary because English is the primary language in the country.

The pricing and validity of the test are given more attention. A considerably lower price and longer validity is preferable even if the test is not removed.

Fuel Scarcity In Nigeria: Causes, All You Should Know