The Biggest States in Nigeria (By Area) 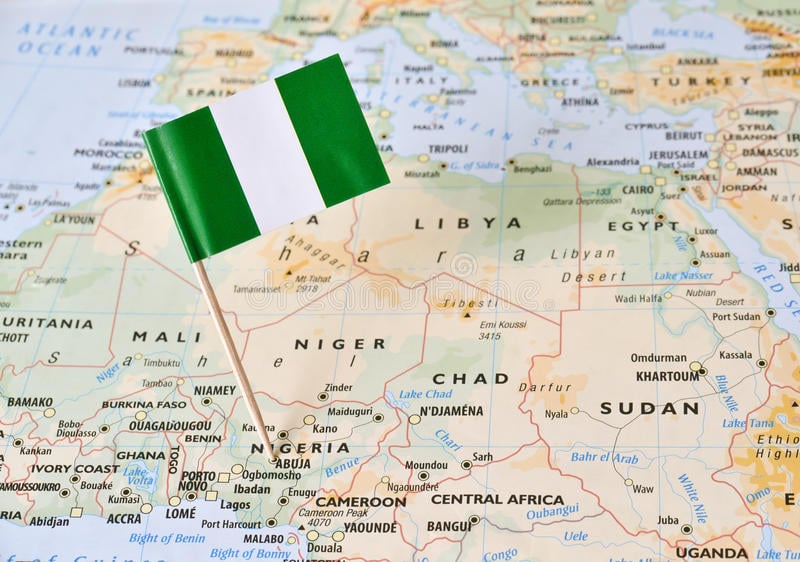 Nigeria has 36 states and a federal capital territory. We all know that. Are you curious to know which states are the biggest in the country? If your response is yes, check out the list of the biggest states in Nigeria below:

Niger State, with Minna as its capital, is located in Nigeria’s north-central geopolitical zone. Suleja, Bida, and Kontagora are some of the state’s other important cities. Niger State was formed in 1976 from the remnants of the former North-Western States. It is Nigeria’s largest state, with an area of 86,000km2 and an estimated 8.6 million hectares, accounting for about 9.3% of the country’s total land area. The Niger River runs through the state of Niger, and it is bordered on the north by Kebbi and Zamfara; on the north and northeast by Kaduna; on the southeast by Kogi; and on the south by Kwara.

Borno State, with a landmass of 61,435 sq km, is one of the largest states in Nigeria. The state is located in Nigeria’s north-eastern corner, occupying the majority of the Chad Basin and sharing borders with the republics of Niger to the north, Chad to the east, and Cameroon to the east. It also borders Adamawa to the south, Yobe to the west, and Gombe to the southwest. Borno State has a population of about 4 million people, with a density of about 60 people per square kilometre, according to 2006 Census estimates. The population is now expected to be in excess of 5 million people.

Third on this list is Taraba state. The state was formed in 1991 from the southwest portion of the former Gongola state. Taraba is surrounded by Bauchi, Gombe, Adamawa, Cameroon, and Benue, Nassarawa, and Plateau states to the north, east, and south. In the north of the state, the Benue River and its tributaries drain a large area of forested savanna. Mountain ranges in the southern part of the state reach elevations of above 3,000 ft.

At number 4, we have another northern state. It’s clear that the biggest states in Nigeria are all in the north. The state, which was created in 1967, has a total area of over 46,000 sq. km. Its population is above 6 million, making it the third most populous state in Nigeria, after Lagos and Kaduna states. The state is situated in the northern highlands of Nigeria. Sudan’s savanna vegetation cover is characterised by scattered small trees, shrubs, and grasses.

General Murtala Mohammed formed Bauchi State from North Eastern in February 1976. It encompassed the territory that became Gombe State in 1996. It has 20 LGAs. Bauchi. Bauchi State comprises 45,837 km2 in Nigeria’s northeast. That’s a lot bigger than most states in southern Nigeria. Bauchi State is bordered by Kano, Jigawa, Yobe, Gombe, Kaduna, Plateau, and Taraba. The west and north are rugged and rocky, as the state is close to the Jos Plateau and Cameroon mountains.

The state was established out of the previous Borno State by General Ibrahim Badamasi Babangida on August 27, 1991. Recall that Borno state still remains one of the biggest states in Nigeria. Yobe state includes 17 LGAs covering 47,153 km2. Northern Niger borders the state, including Jigawa and Bauchi to the west; Borno to the east; Gombe and Borno to the south. The state’s population is estimated to be more than 2.5 million.

Sokoto state was created out of Zamfara state. It’s really interesting since Sokoto doesn’t make the list of the top 10 biggest states in Nigeria. This means that a large portion of the state became Zamfara.Zamfara has an area of 39,762 sq km with an estimated population of close to 10 million people.

Gongola State was formed in 1991 from Gongola State. It was formed alongside Taraba State and has Yola as its capital. It is situated in Nigeria’s north-east. It occupies a land area of 36, 917 square kilometres, making it one of Nigeria’s largest states, ranking eighth behind Zamfara. Borno State borders it on the northwest, Gombe State on the west, and Taraba State on the southwest. To the east, it has international borders with Cameroon. There are three senatorial districts, eight congressional districts, and twenty-one local government areas in the state.

Kwara State is Nigeria’s ninth largest state, with approximately 3 million people living on 37,000 square kilometres of land. Kwara is one of Nigeria’s least densely populated states. It is centrally located and thus serves as a major trade route connecting the commercial centres of Southern and Northern Nigeria, and is bordered by the River Niger and the Republic of Benin. The majority of its residents, primarily Yoruba, Nupe, Busa, and Baatonun peoples, are Muslims who work in agriculture.

Kebbi State is located in Nigeria’s northwestern region. It has a total area of 37,699 square kilometres, with agriculture accounting for 36.46 percent. However, nearly a third of the state is located in a desert environment, making it one of the states most vulnerable to drought and desertification. The state has significant inter-cultural and ethnic ties and has an extensive border with the Niger Republic to the north and the Benin Republic to the west. Internally, it is surrounded by Sokoto State to the north, Zafara State to the east, and Niger State to the south.

How to know the network of a number in Nigeria