The Best Documentaries About Animals You Can Watch On Netflix

There are tons of documentaries on Netflix. Although many do not subscribe to the platform for this type of productions, the truth is that there are many documentaries, of all kinds, that are very worthwhile. There are documentaries about tech movies, places in the world, actors and actresses and even rock.

Of course, we also find a series of documentaries about animals on Netflix, and as almost always in this type of productions, they are spectacular documentaries, which leave us images that stick in the retina.

There are some produced by Netflix itself, as well as others that are from other production companies and, with their pluses and minuses, they all show us interesting things with a great environmental message.

Next, if you have tired of the documentaries of La 2, we leave you the best documentaries about animals that you can see on Netflix.

Best Documentaries About Animals That You Can See On Netflix 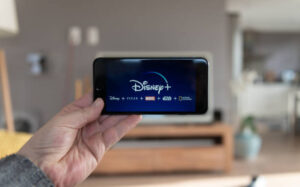 Disney does things very well, and one of the best Netflix animal documentaries is signed by the production company. This is a 2016 documentary that focuses on the lives of four totally different animals: a golden snub langur, a panda, a snow leopard and a Tibetan antelope.

The photography is spectacular, as well as the video and the narration that not only gives us curious data about the routine of these animals, but about the ecosystem in general.

It is an entertaining and very well recorded documentary and, without a doubt, one of the best documentaries about animals that we can see on Netflix.

Netflix makes very good documentaries, it is something that we have already told you , and the platform has three documentaries of “The 72 most dangerous animals” from different places.

It is a docu-series that does not have an aesthetic as careful as that of Disney and other documentaries, since it has a format more typical of television and the episodes of shows that are liked in North America, but it cannot be denied that they are instructive and unless.

Composed of several episodes each, the series of 72 most dangerous animals shows us where some of these wonders of nature live and what they do.

In Netflix, we can find the following:

In addition to dangerous animals, there is also a docu-series on the 72 cutest animals. The format is exactly the same as that of the previous documentaries, but this time it shows us on the screen different animals “monkeys” (although it varies in taste) that live in different parts of the world.

Our Planet is one of Netflix’s original documentaries, and one of the best we found on the platform. This is another series that has a very different production from “The 72 animals …” that we have just seen, since this one does have more of a documentary format.

It is a series made up of 8 episodes, between 40 and 55 minutes long, which focuses on different ecosystems.

Not only is it an instructive documentary, but it is very well recorded and shows us, in addition to spectacular images, the special relationship between the different species.

And yes, like any good animal documentary, it tells us how humans have destroyed different ecosystems.

Another of the best documentaries about animals that we can see on Netflix is Colombia Wild Magic.

Although its miniature invites us to think that it is a documentary about urban life in Colombian cities, it really is about animals in the ecosystem.

It is very interesting, since it is really educational and, in addition, it is recorded with a lot of affection (special mention for the part in which they talk about hummingbirds). In addition, like the documentary ‘Our Planet,’ it has a powerful environmental message.

And we finish with Terra. Not all documentaries are “Disney” and Terra is one of the best animal documentaries that we can see on Netflix. It is a beautiful documentary about animals, which begins by explaining how different species live in certain ecosystems, and suddenly gives a real smack.

It shows how man is transforming the ecosystem, killing species in the most cruel way both for sport and to feed, in a disproportionate way to the population. It has harsh images (although not as hard as they could be) that will surely make you think.

How To Use Google Voice In Nigeria

How To Get OPay POS Machine In Nigeria