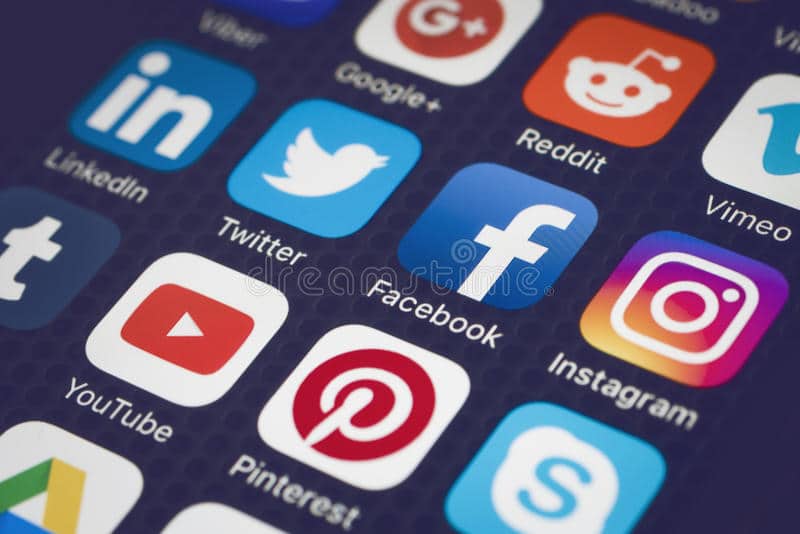 WhatsApp is a free smartphone messenger application and the most used social media platform in Nigeria. With WhatsApp, you can send messages, photos, audio, and video over the internet. The platform is essentially similar to text messaging, but because WhatsApp uses the internet to send messages, it is substantially less expensive than texting. You may also use Whatsapp on a desktop computer by visiting the Whatsapp website and downloading the application for Mac or Windows. It is particularly popular among young people due to features such as group chatting, voice messaging, and location sharing.

You can easily connect and share with relatives and friends on Facebook. Facebook was developed in 2004 by Mark Zuckerberg. It is now the world’s largest social network, with over one billion users; but in Nigeria, it comes second. Facebook allows you to message and update your friends and family. You can also upload photographs and links. Many Nigerians, especially Android users, make use of Facebook Lite. Facebook Lite is an Android version of Facebook. It is designed for older 3G and 2G phones and uses less data than the normal app.

On YouTube, you can watch online videos for free. You can also make and share your own videos. YouTube, founded in 2005, is now one of the most visited websites, with over 6 billion video views every month. If you’ve ever watched a video online, it’s probably been on YouTube. You can see why YouTube is so popular. YouTube adds 100 hours of video per minute, so there’s always something fresh to view. YouTube has videos of everything from music videos of your favorite artists to tutorials, class videos, movies, news, etc.

Instagram is a photo-sharing app and social network platform bought by Facebook in 2012. The platform lets users edit and publish images and videos. Users can caption their posts and use hashtags and location-based geotags to index and search them within the app. In addition to appearing in followers’ Instagram feeds, posts are public when tagged with hashtags or geotags. Users can also make their profiles private so only their followers can see them. Instagram users can like, comment, and bookmark others’ posts, as well as send private messages to friends via Direct Messaging (DM).

Twitter is a micro-blogging service and the sixth most used social media platform in Nigeria. Blogging is not new to Nigerians. Bloggers usually create simple websites where they write about whatever they want, be it politics, sports, cooking, fashion, etc. With Twitter, you can simply post these as status updates. People connect via following one other’s twitter feeds. If you click follow, everything an account posts will appear on your timeline. Twitter also allows retweeting and hashtags are widely used on the platform.

TikTok is the world’s hottest app. Formerly Musical.ly, it’s a social media app where users can make and share 15-second films. These videos are frequently choreographed and set to music. The TikTok redesign expanded the app’s horizons to include dancing, viral challenges, lip dubbing, and more. TikTok has evolved into a cross between YouTube and Vine—funny, shareable videos with a viral potential, but in 15-second increments. On TikTok, users can watch, like, and share videos. You can also create and upload your own videos.

Telegram is a multi-platform chat app. With 550 million monthly users on iOS and Android, it was launched in late 2013. Telegram’s focus on privacy, encryption, and open-source API sets it apart from other social media platforms. Hence, the platform’s user base grows anytime a major competitor’s privacy is compromised. Telegram’s main features are similar to those of most other messaging apps in that you can send messages to other Telegram users, start group discussions, call contacts, make video calls, and exchange files and stickers.

On the internet, LinkedIn is the most popular professional network. You can use the platform to find the ideal internship or full-time job, build and maintain professional relationships, and develop the skills you need to thrive in your career. It’s possible to use LinkedIn on a desktop or laptop, as well as on a smartphone or tablet. It is important to have a thorough LinkedIn profile so that you may showcase your unique career story and connect with potential employers.

In addition, you may use LinkedIn to organize offline events, join groups, create articles, share images and videos, and more.

Snapchat is a multimedia software for Android and iOS smartphones. It lets you send “Snaps” to friends. After viewing, these Snaps vanish. The software also has a Chat feature, similar to WhatsApp. The primary distinction is that, like Snaps, Chats vanish after viewing. You can change your settings to make chats disappear after 24 hours. They can also be deleted by either party. Snaps can be timed or loop indefinitely. Alternatively, you can save them. Regardless, Snapchat is all about sending quick messages and updates that vanish with time.

Share on FacebookShare on TwitterShare on Linkedin
Social media