List of Wars Nigeria Was In, From 1960 to Present 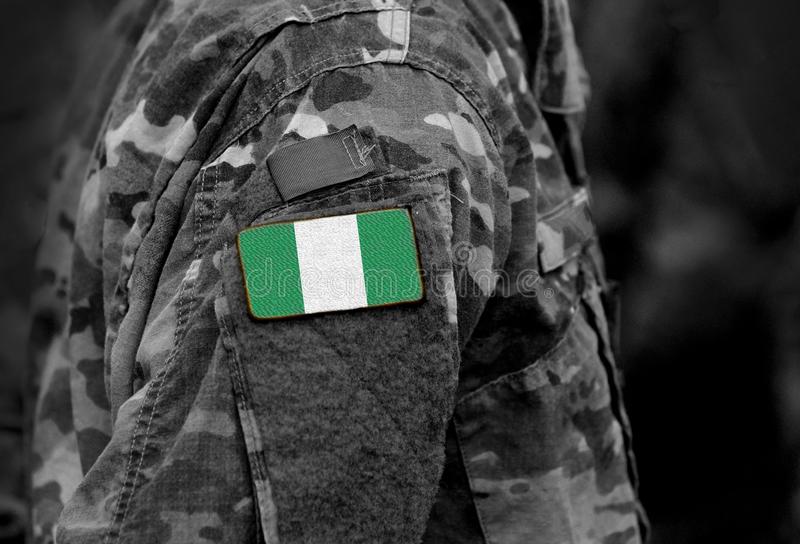 2022 started with conflicts between Russia and Ukraine. The situation is gradually escalating to war as many Ukraine nationals are finding their way out of the country to neighboring countries like Poland. Almost every country is siding with Ukraine and Nigeria has also taken a stance with them.

This is not the first time the world will witness such conflicts. Everyone knows about the global wars – World War I and II – and in Nigeria, we all know about the civil war, also known as the Biafran war. This begs the question, what other wars have Nigeria experienced? If you’re curious to know the answer, here’s a history of all the wars Nigeria has been in since her independence in 1960:

The Congo Crisis was a period of political unrest and warfare in the Republic of Congo between 1960 and 1965. The crisis began nearly immediately after the Congo gained independence from Belgium and ended with Joseph-Désiré Mobutu ruling the country. The Congo Crisis was a series of civil wars in which the USSR and the US supported opposing militias. During the crisis, an estimated 100,000 people died.

The South African Border War was fought between South Africa and the South-West Africa People’s Organization (SWAPO) and its allies from 1966 to 1990, mainly in South West Africa, now Namibia. The fight began during World War I when South Africa attacked and annexed German southwest Africa. After the defeat of the Germans, the League of Nations mandated South Africa to administer the territory until its population could self-govern.

The first Shaba war began on March 8, 1977, when insurgents from the Front for the National Liberation of Congo (FLNC) attacked Dilolo, a border town in the western Shaba region, en route to Kolwezi, a mining town. The war ended in late May 1977. A year later, the FLNC took over a mining town which led to the second Shaba war. The Shaba conflicts arose under Mobutu Sese Seko. On both Shaba invasions, French forces rescued Mobutu, foiling the FLNC’s efforts to seize him.

Between 1978 and 1987, Libyan and allied Chadian forces fought against Chadian organizations supported by France, with occasional involvement of other foreign governments and factions. Before 1978, Libya had been active in Chad’s domestic affairs, beginning with the spread of the Chadian Civil War to the northern region. During the conflict, Libyan forces invaded Chad four times. Gaddafi had the support of various civil war factions, while Libya’s opponents had the assistance of France, which invaded militarily in 1978, 1983, and 1986 to defend the Chadian government.

The First Liberian Civil War raged from 1989 to 1997. The conflict killed over 200,000 people and drew in the ECOWAS and the UN. A year later, the Second Liberian Civil War erupted. In 1980, Samuel Doe staged a coup that ousted the elected government and held rigged elections in 1985. In December 1989, former government minister Charles Taylor arrived from Ivory Coast to lead a rebellion against the Doe regime.

South and central Somalia, as well as parts of northeastern Kenya, have been the focal points for the Somali Civil War since 2009. The conflict between Somalia’s Federal Government, aided by African Union peacekeepers, and numerous armed organizations and factions began in early February 2009. Thousands of people have been forced to flee their homes as a result of the unrest in the country’s south.

The term Global War on Terrorism (GWOT) refers to an ongoing international military effort undertaken by the United States and other country governments – Nigeria Included – after the September 11 attacks. The program primarily targets Islamist groups worldwide, including al-Qaeda, the Islamic State, and their many franchise groups.

The conflict in Mali, which began in January 2012 and is still going on today, is known as the Mali War. On January 16, 2012, numerous insurgent groups in northern Mali began a war they named Azawad against the Malian government for independence or increased autonomy. In April of that year, the National Movement for Azawad Liberation (MNLA), a Tuareg separatist group, had gained control of the territory and declared it a Tuareg homeland. A truce was signed in Algiers, Algeria, on February 19, 2015, however terrorist assaults continue.

There you have it, the above are the wars Nigeria has been in since the 1st of October 1960.