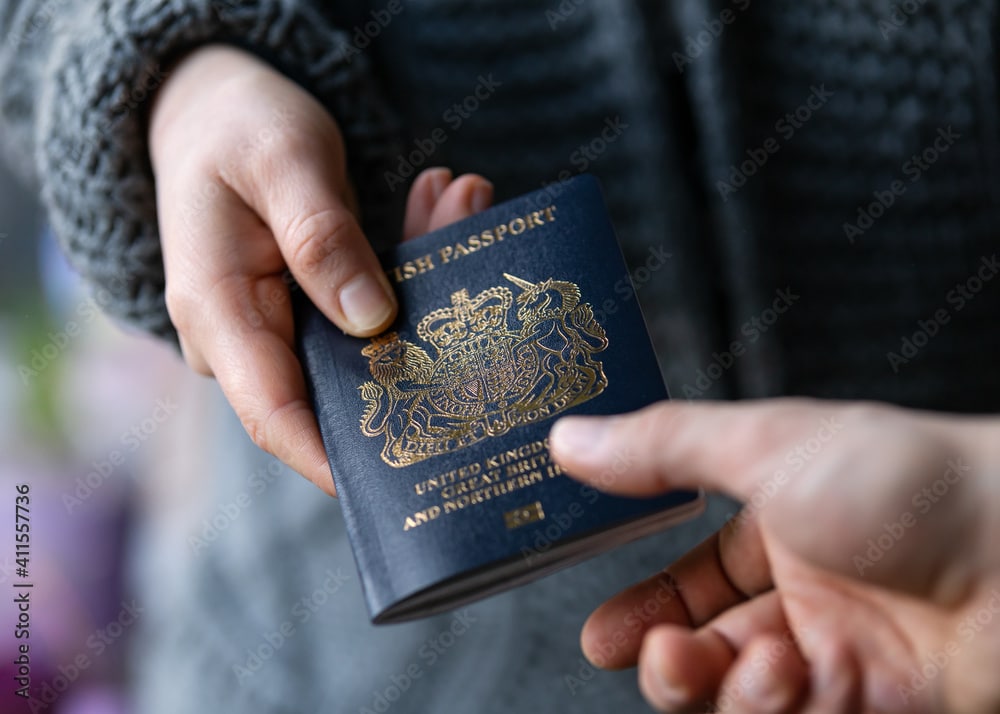 Do you think you’ve been a UK resident long enough to qualify for permanent residency? Then you’ll want to apply for “Indefinite Leave to Remain” status.

Because the United Kingdom is one of the best European countries, it is not strange that many Nigerians want to become permanent residents.

You can discover all the details you need to apply for and get indefinite leave to remain as a Nigerian in the UK here.

What Does Indefinite Leave To Remain Mean?

With Indefinite Leave to Remain (ILR), you can permanently live and work in the United Kingdom.

If you are granted indefinite leave to remain, you will be considered a permanent resident of the United States. You can stay in the UK indefinitely for education, work, or both.

Indefinite leave to remain does not confer British citizenship. A permanent resident is not a citizen. You are not eligible to vote in general elections and other similar activities.

Furthermore, the application process will vary depending on your situation in the UK. In the end, the process is stringent and entails many documentation steps.

All of these measures are taken to prevent illegal entry into the country.

To determine whether or not you qualify for indefinite leave to remain in the United Kingdom, you can consult with an immigration attorney if you are already a legal temporary resident of the country.

Which Nigerians Qualify For Indefinite Leave To Remain

There are several types of Nigerians in the UK who are eligible to apply for indefinite leave to remain in status.

If you have been working in the UK for at least five years, you may be eligible to apply for ILR. Tier 1 work visas, on the other hand, simply require two or three years of experience.

A three-year commitment is needed if you’re working on a Global Talent or Innovator visa.

Parents, unmarried partners, spouses, and children all count as family members. They need to have legal residency status as a first requirement.

Application procedures vary according to the applicant’s visa status and the means through which they became permanent residents.

Indefinite leave to remain is obtainable after ten years of residence in the UK. It makes no difference if you are working or attending school.

If you can show that you’ve lived in the country legally for the past ten years, you can apply.

What Is The Time In The UK Requirement

If you are in the United Kingdom on a work visa, you must meet one of the primary requirements for ILR status, which is continuous residence in the country.

However, not all UK visas are considered permanent residency. The most important visas are:

In addition, if you were on more than one visa at the time or traveled outside the UK during the period in question, the requirements change.

No more than 180 days can have been spent outside the country in the previous 12 months.

Also, if you entered the UK on more than one visa, you can add the lengths of your stays together.

About The Financial Requirement

A work visa holder must also satisfy specific financial standards. Your pay is a significant factor in meeting these necessities and will vary with your visa type. It’s the same for all countries, not just Nigeria.

A minimum annual salary of £25,600 or an equivalent hourly wage of £10.10 is required to qualify for a skilled worker visa. But if the going pay for your position is higher, the minimum could be higher.

Your job category may pay up to £28,00 a year, but you might only make as much as £25,600. Therefore, you cannot apply for permanent residency because you do not meet the financial requirements.

To be on the safe side, it’s a good idea to check the UK GOV website to see what the going rates are for jobs eligible for the skilled worker visa.

A salary of £35,800 annually is necessary to qualify for an international sportsperson visa.

Don’t forget that this base salary isn’t counting anything beyond what you make at your full-time job. Any earnings beyond these will not be considered a part of your base income.

About The Life in the UK Requirement

You must take and pass the Life in the UK test if you are between 18 and 64 to qualify for ILR status.

The test shows that you’ve been living in the UK for at least five years and have adapted to the culture there.

However, those who have already completed the test to obtain permanent residency status do not need to retake it to obtain citizenship.

To submit your application, you only need access to the internet, a valid form of identification, and a debit or credit card.

A valid passport, resident permit, residence card, and valid travel document are all acceptable forms of identification. Any of them, but not all of them, can be presented.

The fee to take the exam is only £50.00. About N21,000. There are thirty test locations across the UK from which to pick. It’s recommended that you choose a center within reasonable traveling distance.

The Life in the UK test guidebook is essential. It is available for £12.99. You could use the practice questions and answers book. It is priced at £7.99.

There are twenty-four questions regarding British culture included in the test of language and living in the UK. You will have 45 minutes to complete the test, and a score of 75% or above is required for success.

If you don’t pass the first time, you have a week to reapply and try again. You can reapply as many times as necessary until you are accepted, but you must pay a new application fee each time you do so.

The application for permanent residence in the United Kingdom is processed online. At the latest, your application should be submitted within twenty-eight days of fulfilling all criteria.

You can pause your application anytime and pick up where you left off.

The requirements for the paperwork you submit to apply for a visa change from one type to the next. You can find a full rundown on the application webpage.

However, proof of passing the Life in the UK Test and meeting the wage criterion is required. The fee for permanent residency is also due.

The papers include requests for immigration documentation and biometric residence permits (BRP). To rephrase, you may have to provide biometric data later.

Simple scheduling at a UK Visa and Citizenship Application Services (UKVCAS) center is all that’s required to submit your biometrics.

If for whatever reason, you were unable to upload any necessary supporting papers during the online application process, you may do so at the UKVCAS centre.

A decision on your application for indefinite leave to remain will be made in around six months.

However, if you need a decision quickly, you may pay extra for “super priority service” and have it in as little as five days. Super-priority service costs more money, but you will have a decision in just two days.

How Much Is The Application Fee?

The cost of indefinite leave to remain is high, but that shouldn’t be a surprise given the significance of the decision. The price per applicant is £2,404 (close to one million naira).

A verdict is typically reached within six months, but this timeline can be shortened for an additional fee.

In exchange for £500, you can get a decision in just five business days with our priority service.

However, for £800, you may get a verdict in just two business days with the “super-priority” option.

Duration Of Indefinite Leave To Remain

You can stay in the UK for as long as you like if you have indefinite leave to remain. This designation is permanent.

If you have Indefinite Leave to Remain, the United Kingdom will consider you a permanent resident.

You don’t have to renew your visa every time you enter the nation, and you’re free to transfer to Nigeria and return whenever you like.

A Returning Resident visa will still allow you entry to the UK in such a case. If your visa application is accepted, you’ll be reinstated with indefinite leave to remain.

Benefits Of Indefinite Leave To Remain

The primary advantage of being granted Indefinite Leave to Remain is the opportunity to settle permanently in the United Kingdom.

There are no time limits on living, working, or studying. It’s also possible to enter and leave the country at any time.

On the other hand, it also has some other intriguing advantages.

You can participate in UK elections if you have Indefinite Leave to Remain. It’s unlikely, but it’s not impossible.

Once you’ve established yourself in the UK, you’ll have free medical treatment. The NHS may be able to provide benefits.

If you haven’t already, now is a great time to start a family in the UK because your kids will be eligible for citizenship as soon as they turn 16.

As a Nigerian in the UK, becoming a permanent resident requires indefinite leave to remain. You should find the process less complicated after reading this article.

Best aviation schools in nigeria and their fees

Canada Start-Up Visa For Nigerians: How To Apply

Big Brother Titans: Everything You Should Know About The Show

Why is Nigeria not in FIFA Games? Expert Answers