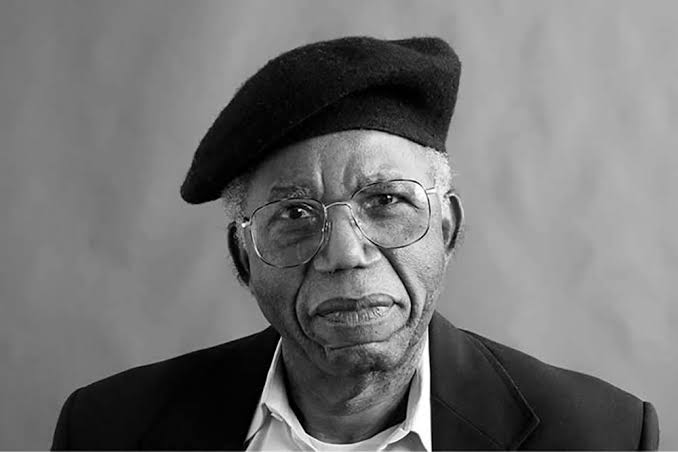 The man and legend Chinua Achebe needs no introduction. Even if you don’t know the man, you’ve probably heard about Things Fall Apart and Okonkwo. What other novels did the St. Louis Literary Award winner write? Check out his top 5 novels below:

Things Fall Apart is Chinua Achebe’s first novel, published in 1958. It illustrates pre-colonial life in southern Nigeria and the late-19th century European invasion. The novel was released in the UK by William Heinemann Ltd in 1962, as part of their African Writers Series. Things Fall Apart has been translated into over 50 languages.

Okonkwo, an Igbo man and local wrestling champion in the fictional tribe of Umuofia, is the protagonist of the story. Okonkwo’s family and the Igbo culture are talked about in the first section of the novel while European colonialism and Christian missionaries’ impact on Okonkwo’s family and on the wider Igbo community was emphasised in the second and third sections of the book.

Chinua Achebe, a Nigerian academic, poet, and literary critic, published No Longer at Ease in 1960. It’s the follow-up to Things Fall Apart, widely regarded as the greatest important work of modern African literature. It tells the story of Obi Okonkwo, a member of the Igbo ethnic group, who leaves his birthplace in southeastern Nigeria to pursue his dream of attending university in the United Kingdom.

Following that, he works in Nigeria’s civil service, a colonial institution, where he is compelled to consider the tense relationship that exists between the Western world and the many African cultures that are slowly losing influence. The events that lead to Obi taking a bribe are detailed in the novel.

No Longer at Ease reveals the present scenario in which many Africans find themselves. They succumb to the identical corrupt behavior that they wish to remove since they are unable to make much real change in a country ruled by colonial interests.

This is Chinua Achebe’s third novel but the second novel in his African Trilogy; hence, the Arrow of God continues the historical tale from Things Fall Apart. Arrow of God is an amazing representation of a man’s loss of faith and demise in a colonial society permanently changed.

Like Things Fall Apart, the book is set in southern Nigeria in the Igbo regions. However, it is set in colonial Nigeria in the 1920s. The book starts with a conflict between two rural Igboland regions: Umuaro and Okperi. Notably, Umuaro comprises six villages and they all worship Ulu, a deity.

Ultimately, the book centers around Ezeulu, the chief priest of Ulu, the god of the six villages of Umuaro. Throughout the book, the themes of power and leadership are explored in depth. Ezeulu’s power is being threatened by both his own local community political adversaries and British colonial government officials. Despite this, he considers himself untouchable.

He is compelled to balance opposing impulses in his own character, with deadly consequences. As a result, he failed and subsequently led his people to their own demise, amidst his own personal sorrow.

A Man of the People by Chinua Achebe is a book of contrasts. Written in first person, the book enables readers to share the feelings, worries, tensions, suspense, and anguish of Odili, the protagonist. The plot revolves around Chief Nanga, a politician and Minister of Culture, and Odili Samalu, a teacher and former Minister’s pupil. Their disparities in culture, lifestyle, and politics illustrate the generational gap between the young and the old.

Odili ponders how politicians in this society benefit themselves through corruption and other forms of moral degeneration without pause. Odili’s lover, Elsie, is so enamored by Chief Nanga’s wealth that she sleeps with him. Odili is enraged to find out Elsie slept with Chief Nanga. Despite the Minister’s best efforts to pacify him, Odili is determined to pursue vengeance in any way possible.

Odili’s attempt to wrestle politically with Chief Nanga can only be compared to a desperate search for a needle in the dark. Chief Nanga is fully aware of the nasty techniques of politics and is determined to defeat Odili. Chief Nanga beats the youngster and wins re-election. However, a military coup ends Chief Nanga’s political career. This satirical, hilarious, and sad story will captivate and fascinate the reader. It’s not just brilliant political satire; the book has deep sexual connotations.

Last here is the Anthills of the savannah, one of Achebe’s best works even though it’s not very popular as the others. The book is set in Kangan, a fictional West African country with Chris Oriko as the main character. A brutal military dictatorship has crushed democratic aspirations in Kangan since it gained its independence from British domination.

For the rest of his life, Chris Oriko will serve as a member of the president’s cabinet. A boyhood friend of Chris’s, a state-run newspaper editor, comes under fire for his incompetence, and Chris’s allegiance and philosophy are put to the test. Kangan’s fate is uncertain and intertwined in the midst of rising tensions and a scheme to suppress a flaming critic.

The above are the first five novels of renowned writer Chinua Achebe. Achebe still has a plethora of other literary works.