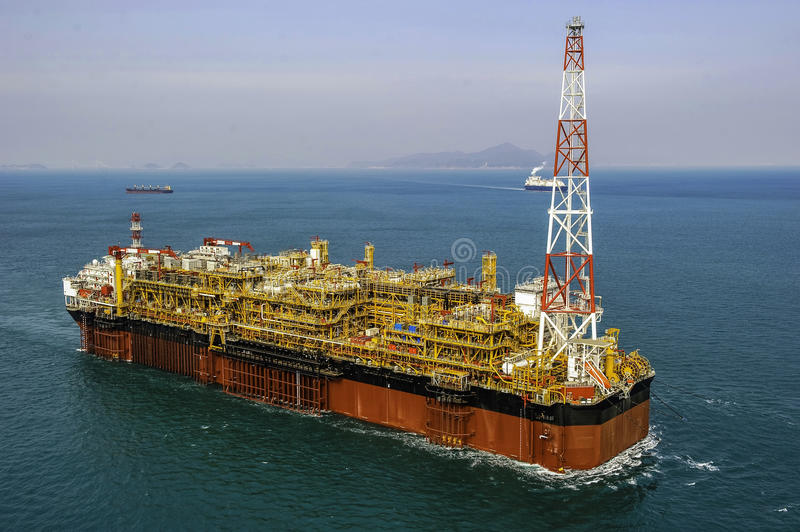 African countries are known globally to be major producers of oil. Which African country produces the most and where does Nigeria rank? Well, find out from the list of top 10 biggest oil producers in Africa below:

Nigeria, Africa’s top oil producer, has been a member of OPEC since 1971. The Nigerian economy is primarily reliant on the oil sector, which provides for nearly 95% of export earnings and 40% of government revenues. Nigeria is a major oil supplier to the US. The United States has purchased between 9-11 percent of its crude oil from Nigeria for the last nine years. The country has six petroleum export facilities. One each for Mobil, Chevron, Texaco and Agip while Shell owns two.

Angola is the second largest oil producer in Africa, and an OPEC member, with daily output of 1.155 million barrels of oil and 17.904.5 million cubic feet of natural gas. Recent investment and discovery announcements were projected to improve output starting in 2020. The country has 9 billion barrels of known oil reserves and 11 trillion cubic feet of proven natural gas reserves, indicating enormous economic potential and business opportunities. The country has also begun reforming, leading to fresh investment announcements and hopes to expand production in the medium to long term.

Algeria is a major oil producer and exporter and third on this list. With almost 12 billion barrels of known crude oil reserves, it ranks third in Africa after Libya and Nigeria. 1.3 million barrels per day were produced in 2020 but in 2022, this number has dropped to 970,000. Still, oil and fossil fuels dominate Algeria’s industrial sector, contributing significantly to exports and the economy. In reality, oil revenues make for approximately 25% of the country’s GDP. As a result, the country’s economy is both reliant on and sensitive to the unpredictable oil market.

Libya has Africa’s highest oil reserves, at 46.4 billion barrels. Despite having the largest oil reserves in Africa, the country is number 4 on this list of biggest oil producers in Africa. The country currently produces about 946,000 barrels per day. This is a major reduction from over 10 years ago when Libya was producing up to 1.65 million barrels per day. Due to historical restrictions and disputes with foreign oil firms, most of Libya remains unexplored. Nevertheless, about 85% of Libyan oil is exported to Europe.

Egypt is Africa’s largest non-OPEC oil producer and third largest producer of dry natural gas. The country also transports oil from the Persian Gulf to Europe and the US. However, when it comes to the biggest oil producers in Africa all round, Egypt comes 5th. One of Egypt’s greatest concerns is meeting rising demand for oil while output declines. Egypt has Africa’s greatest oil refining capacity, however it runs significantly below capacity. The country’s aged refineries can’t manufacture premium petroleum products, so it imports them. Otherwise, Egypt would rank higher in this post.

With an output of 275,000 barrels per day, the Republic of Congo is one of largest oil producers in Sub-Saharan Africa. The country has over 1.6 billion barrels of proved oil reserves, with a reserves-to-production ratio of 15.8 percent. Much of Congo’s current oil output is thanks in part to Total E&P Congo’s Moho Nord project. The USD 10-billion Moho Nord project, the country’s largest oil project, was initiated in 2013 and boosted Congo’s production by about 50%.

Here’s another top oil producer in Sub-Saharan Africa, with 2 billion barrels of crude oil reserves, including lease condensate reserves. Total, Assala Energy, Perenco, Addax Petroleum, and Vaalco Energy are some of the biggest oil companies in Gabon. Gabon’s oil output has, however, decreased due to low oil prices and old oil reserves. Since its peak of 370,000 barrels per day in 1997, total oil production has dropped by more than one-third. Nevertheless, the country remains one of the major oil exporters to China. South Korea, Australia, and Italy are among the other important export destinations.

Ghana, a country very close to Nigeria joins the ranks of Sub-Saharan African oil producers. However, Ghana’s current average output is only 172,000 barrels per day which makes it 8th on this list. Unlike many other African oil producers, Ghana’s oil and gas business has grown steadily despite the recent dip in global oil prices. The revival of Ghana’s economy has relied heavily on the petroleum industry as it contributes to foreign exchange earnings and the local gas industry expansion.

Equatorial Guinea’s crude oil comes from the Alba, Zafiro, and Ceiba regions. The recent growth in petroleum extraction has boosted the country’s economy. Mobil’s finding of oil in the Zafiro region revolutionized the nation’s oil business. In just a few years, the country’s oil production grew fivefold. In 2022, Equatorial Guinea is Africa’s 9th largest oil producer with 88,000 barrels per day, following a substantial decline in oil production in recent years.

Chad has enormous crude oil deposits, which together with agriculture account for the majority of export revenues. Most of Chad’s crude oil comes from reservoirs in the Doba Basin in southern Chad, where international drillers discovered oil in the early 1970s. Chad produces 68,000 barrels per day with an estimated one billion barrels of oil in reserves; most of which is exploited by Western firms like Exxon-Mobil and Royal Dutch Shell.

As of 2022, Nigeria remains the largest oil producer in Africa followed by Angola, Algeria, Libya, and Egypt in that order.

Share on FacebookShare on TwitterShare on Linkedin
Oil Production