Want to know the best super eagles squad? The Super Eagles have brought smiles to the faces of Nigerian football lovers on several occasions. The team which played its first official game in 1949 has won the African Cup of Nations three times and an Olympic gold medal amongst other honors.

Here, we look at the different achievements of the team as we discuss the best Super Eagles squad.

To date, the 1996 Super Eagles team is considered the greatest XI in Nigerian football history. This squad won the gold medal at the 1996 Summer Olympics that was held in Atlanta, United States.

Nigeria was drawn in a group with Brazil, Japan, and Hungary. Notably, the squad lost to Brazil in their group stage fixture. However, they managed to qualify in the second position.

In the knockout stages, Nigeria won Mexico in the Quarterfinals, Brazil in the semi-finals, and Argentina in the Final.

The super eagles of 1994 won the African cup of Nations and reached the round of 16 of the FIFA World Cup. This was the first time Nigeria had qualified for the world cup and is still the farthest the team has gotten in the competition.

At the World Cup, the super-eagles squad qualified at the top of a group that had Argentina, Greece, and Bulgaria. Unfortunately, they were beaten by Italy in the round of 16 at extra time.

At the African Cup of Nations, Nigeria played Egypt and Gabon in the group stage where they finished second. The squad went on to beat Zaire and Ivory Coast to reach the final and then Zambia to win their second AFCON trophy.

In the Group stage, Nigeria managed to qualify the second position with 2 draws and 1 win. Notably, they failed to win against Burkina Faso who they’ll face later in the final.

The super eagles won Ivory Coast in the quarterfinals and won Mali in the semifinals. In the Final against Burkina Faso, Nigeria won with just a memorable goal scored by Sunday Mba. 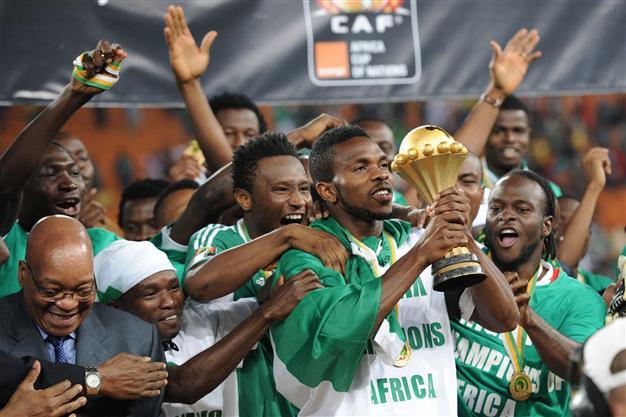 Nigeria won her first AFCON trophy in 1980. The competition was also hosted in Nigeria and it was contested by just 8 teams. In the group stage, Nigeria won Tanzania and Egypt whilst drawing with Ivory Coast.

The squad faced Morocco in the Semi-Finals and won with a lone goal. At the Surulere Stadium, Lagos, and in front of about 85,000 attendees, the 1980 super eagles beat Algeria 3 goals to nil to win the AFCON. 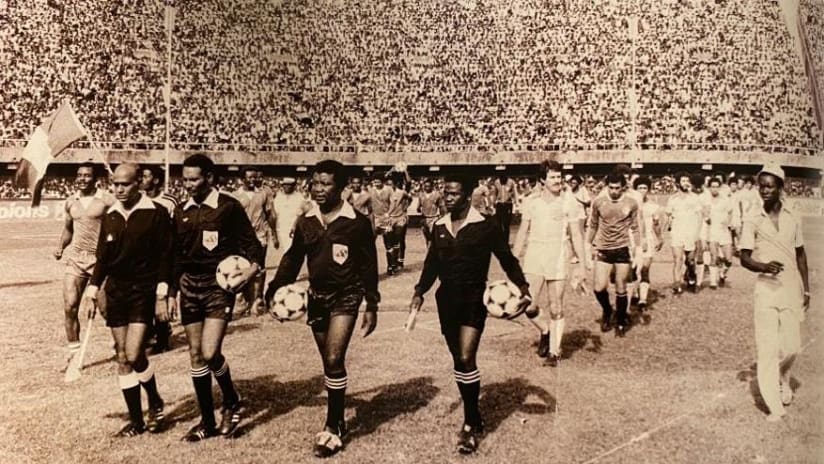 Although they failed to win any major trophy, the 2010 super eagles squad was filled with talents. The team performed poorly at the 2010 World Cup by finishing last in a group containing Argentina, Greece, and South Korea.

You would wonder why they are among the best super eagles squad. This team finished third place at the 2010 African Cup of Nations and went on to win the WAFU Nations Cup against Senegal.

At the All African Games, the 1973 super eagles squad won the gold medal. The Nigerian team was drawn in a group with Ghana, Algeria, and Tanzania where they finished on top.

In the Semifinals, the super eagles won Egypt and in the final, they won Guinea. In all games, the team scored at least 2 goals – scoring 4 on two occasions.

The 2000 super eagles team was the FIFA best mover of the year winner. This means that the team made more progress in FIFA rankings than any other team in the World. 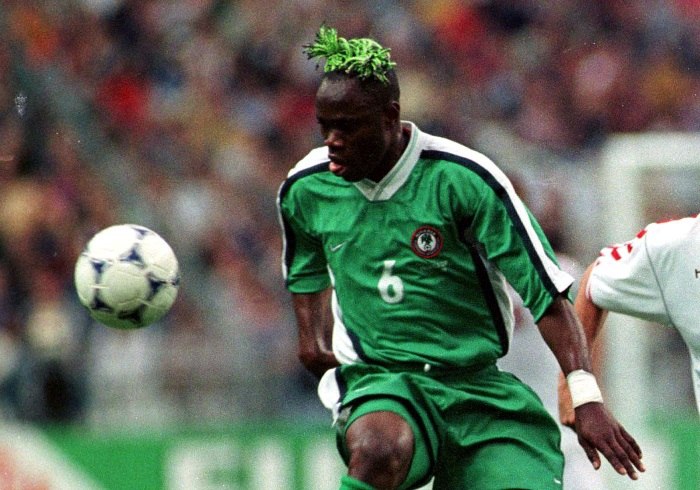 The major achievement of the 1977 super eagles squad was the CEDACO Cup trophy. This was the first time the Ecowas was hosting this competition and Nigeria became the first African country to win it.

The same squad consecutively finished in third position in the 1976 and 1978 AFCON. Some players in the 1977 squad include Thompson Usiyan, Muda Lawal, Kenneth Olayombo, Kelechi Emetole, and Christian Chukwu who was the captain.

The 1995 super eagles squad consisted of most of the 1996 squad players who are considered the greatest in Nigerian football. After winning the AFCON in 1994, the super eagles qualified for the 1995 FIFA Confederations Cup competition.

The team finished fourth place after being defeated by Mexico in the third-place match. Daniel Amokachi scored Nigeria’s only goal of the match, and the team lost on penalties.

The 2004 super eagles team had Nwankwo Kanu, Jay Jay Okocha, Peter Odemwingie, Yakubu, Celestine Babayaro, etc. This team didn’t win anything in particular but there’s no doubting that it had some of Nigeria’s best football talents.

Notably, the team finished third place in the 2004 AFCON tournament. Tunisia won Nigeria on penalties in the Semifinals while Nigeria won Mali in the third-place match.

While the Super Eagles of Nigeria have achieved a lot, the team is yet to clinch the most prestigious trophy in football which is the World Cup. The farthest they have gone is the round of 16. Hopefully, the next best super Eagles squad to emerge will be able to lay hands on the trophy.

Share on FacebookShare on TwitterShare on Linkedin
FootballSuper Eagles