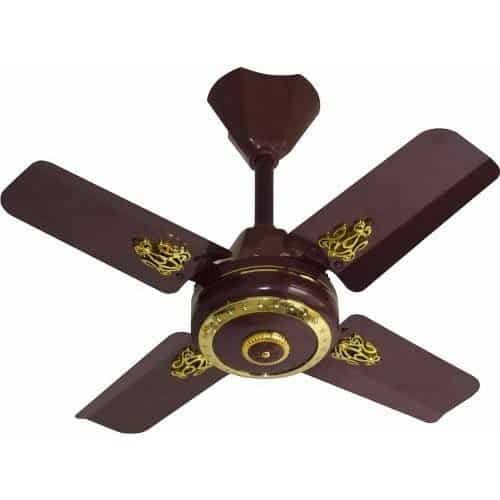 In Nigeria, OX is the most well-known ceiling fan maker. Their products are well-known for being sturdy and long-lasting. They are also quite inexpensive. The short blade ceiling fans are designed to require little power, so they will not add to your electric cost.

OX short blade ceiling fans come in a variety of colors and sizes. There are four blade sizes, as well as black, white, and brown hues. Another advantage of adopting OX is that it has a long-lasting motor that produces less noise. OX ceiling fans can be purchased locally or online at any electronic store.

Furthermore, Binatone fans operate at some of the highest speeds. Their graceful design makes them a stunning complement to any home’s ceiling. You can order a Binatone short blade fan from their website.

Another well-known and highly regarded brand of ceiling fans in Nigeria is SMC. SMC shirt blade ceiling fans will undoubtedly be mentioned when discussing remarkable efficiency and durability. In fact, some of the oldest and best-designed ceiling fans available in Nigeria are made by SMC.

When purchasing a ceiling fan, one should look at the fan’s effectiveness first. Good news! SMC short blade fans are quite effective. The efficiency of their product is unmatched by many other brands. SMC short blade ceiling fans are available with various blade diameters and lengths.

For any household, QASA short blade fans are ideal. A high-efficiency motor powers the ceiling fans, ensuring continuously variable speed at various levels. In order to prolong their lifespan, the fan blades and other components are made of sturdy materials.

Additionally, the fans are energy-efficient and have fashionable designs with golden accents that make them the ideal fit for any room.

When it comes to small 4-blade ceiling fans, A&B is a well-known manufacturer. The company still sells ceiling fans with longer blades, though. They are made of strong steel and diecast aluminum, and many of them have lighting.

The price is another factor that makes this brand one of the best in Nigeria. The most economical ceiling fans in Nigeria may be found at A&B. A sturdy A&B short blade fan can be purchased for as cheap as N10,000. Additionally, you won’t have any trouble locating it because it is a well-known brand.

Not to be forgotten is ORL, a brand of ceiling fan that you are probably already familiar with. The majority of ORL short blade fans have three blades and are available in a variety of hues and patterns. Because ORL offers a large selection of ceiling fans, their goods are widely used.

The fans have a high speed motor that produces robust air delivery and optimal performance. Furthermore, they are more appealing than many other brands because of their modern layout.

DuraVolt comes in at number seven. You can always rely on this brand of short blade ceiling fan to keep you cool and serene. The fans are built to last because they are composed of high-quality materials. In exchange for your money, you receive value.

DuraVolt short blade ceiling fans include self-lubricating motors, which is an intriguing feature. This means that you won’t need to be concerned about the motor aging. Furthermore, DuraVolt fans run very quietly, ensuring your comfort the entire time.

Century ceiling fans are readily available in Nigeria at any nearby electrical store because it is a well-known brand. The fans come in a variety of sizes and colours, including white, brown, and black.

Typically, century short blade ceiling fans have a three-step speed control. They have a strong and reliable motor that is built to last. Since the blades are balanced, airflow is effective. Additionally, Century fans run silently and without making a lot of noise. You’ll also value the stylish décor and strong structure.

National is one of the best brands to choose if you require exceptionally long fans. However, they also produce dependable short blade fans. The speed of National short blade ceiling fans is exceptionally high, and they have a 100% copper coil that is very durable.

They will readily fit any room because of their aerodynamic shape. National short blade ceiling fans use very little power—just 65W. The fans have received BSTI certification as outstandingly energy-efficient and high-quality goods.

Share on FacebookShare on TwitterShare on Linkedin
FanShort Blade

Best Antivirus Programs To Use In Nigeria (2023)

Best aviation schools in nigeria and their fees

Big Brother Titans: Everything You Should Know About The Show

Why is Nigeria not in FIFA Games? Expert Answers