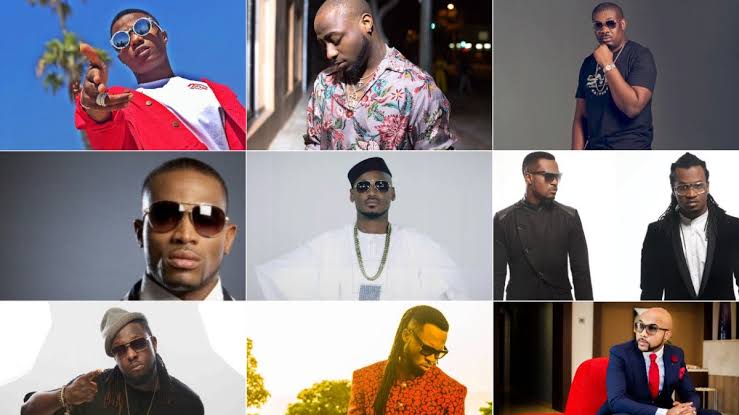 2012 is more than ten years ago now. Some of the songs you danced and sang along to at the time are now history. Perhaps you want to remember them. And that is why you’re reading this post.

It’ll be hard to figure out everyone’s best throwback song. Nevertheless, below is a list of some of the best Nigerian throwback songs from 2012, and I hope your best songs from the year are in it (you can let me know in the comments after reading):

Kukere was the biggest song out of Nigeria in 2012. Nobody can argue that. It’s one of the songs on this list not to have been released in 2012. Iyanya released Kukere in December 2011. The song took off during the Christmas period, and for most of 2012, it was the number one song.

Chocolate City introduced Brymo to the world with this crazy single Ara. Ara dropped in September 2011. The song was doing well until January 2012 when the video was shot, then it began performing extremely well. It’s impossible to think of 2012 Nigerian songs and not remember Ara.

Dami Duro was the song that made many people love Davido. The song dropped late in 2011, and like the other songs already mentioned, grew into 2012. Well, not after blasting through every party’s speakers in December. Dami Duro was only Davido’s second official single – the first was a hit too, in case you don’t know.

When Timaya dropped Bum Bum, you couldn’t play the song out loud if you were a church person. But everyone played the song, so you also wouldn’t have to. Before Bum Bum, Timaya was already everywhere with Sexy Ladies. 2012! What a yeat it was for Papi Chulo.

First of All, Introduction. If you didn’t sing-talk this sentence in 2012, congratulations. You are among the Nigerians that were not in Nigeria that year. Everyone knew Olamide before First of All, but it was the song that did it. From there it was YBNL and Baddo became… you already know.

Thought Sexy Ladies and Bum Bum were all Timaya raved with, in 2012? Think again. The boy was unstoppable. Malonogede, which he released in June 2012, is a song that almost changed how Nigerians said the prayer “Oh Lord, come down and manifest your power.”

All of you is a song that showed Nigerian music lovers how diverse Davido can be. The Gospel-produced track dropped in 2012, accompanied by a video. It was one of the coolest music videos in Nigeria at the time. The song went on to become a controversial hit, as he sings that he’s better than everyone – “all of you.”

Chidinma had just won the Project Fame West Africa competition in 2010. It was time for her to pursue her career as a musician. She released Kedike in October 2011. It was the third lead single of her upcoming album. The song became a hit in 2012 following the release of the video in January that year.

Bi won le le le, I’m the baddest boy. That line was more popular than the name of the Nigerian present in 2012. Well, that’s an unhealthy exaggeration, but the song was damn popular. Wizkid had released an early version featuring Skales. The EME all-stars version was released with the Empire State of Mind album.

We’ve not really heard from K9 since he dropped Kokoma in late 2012. Even if we don’t hear from him again, he sure left a mark with the song. The song was such a hit that it transcended into 2013. He was signed to Trybe Records, and for some reason, the song didn’t get a video.

Davido had lots of hits in 2012 and here’s another. Ekuro is arguably the best love song in Davido’s imperial music catalog. It was one of the lead singles of his upcoming OBO album. The video of the song was one that made people know that Davido is actually OBO – Omo Baba Olowo – it was too clean.

Mo’Hits Records broke up in March 2012. In May 2012, Don Jazzy launched Mavins Records, and released a group album. Take Banana by D’Prince was one of the hit songs off the album. It was also a receiver of some criticisms as the chorus was literally the word “take banana” sixteen times.

Fine Lady is perhaps Lynxxx’s biggest career song. It dropped in 2012 featuring Wizkid. It dropped in May as a lead single for Lynxxx’s album that would drop in 2013. The song is as monumental in Lynxxx’s music catalog as it is in Wizkid’s. A timeless song that’s still super enjoyable today.

The last one here is Rainbow by 2Baba. You know the song, you know the legend.