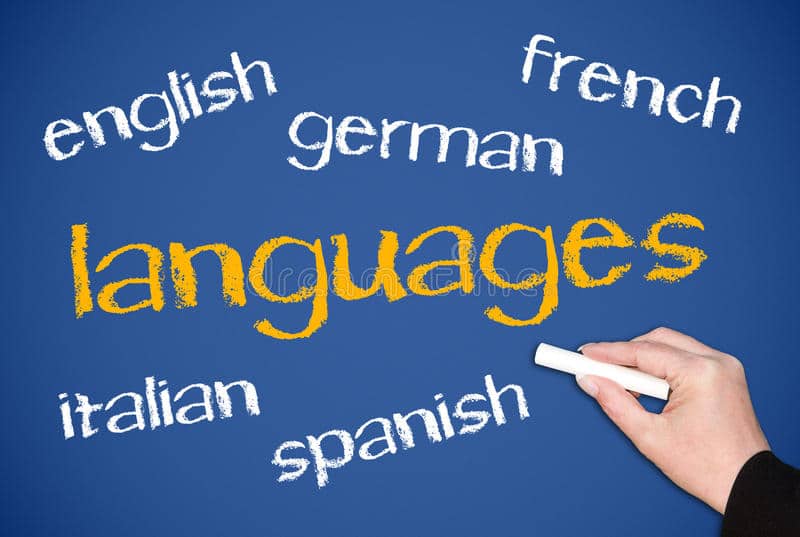 There are hundreds of native languages in Nigeria. I’m talking about Hausa, Yoruba, Igbo, Ibibio, Ijaw, Fulani, Edo, etc. Outside Nigerian borders, there are thousands of other languages. If you’re interested in learning a foreign language, here are the best ones you can learn – we start with English, a foreign language you probably already know how to speak:

The English language is the primary language of Australia, Canada, New Zealand, the UK and many of its former colonies, and the USA, and the second language in India, Singapore, and the Philippines. It is also an official language in Liberia, Nigeria, and South Africa, and is spoken in over 100 countries globally. Being an official language in Nigeria is why English is number one here. You can’t survive in Nigeria if you can’t speak English. It’s a common denominator amongst people of different tribes and nationalities when they meet when traveling, conducting business, or in other circumstances.

In France, 97 percent of the population speaks French. From Canada to Vanuatu, French is an official language in 28 countries. French is one of the UN’s five official languages. French is the third most significant worldwide business language, after English and Chinese, and the second most important in Europe. There are approximately 300 million native or second-language francophone speakers worldwide. Hence, it’s the second top foreign language you could learn as a Nigerian.

If you’re a Nigerian Muslim, learning Arabic is something you’ve already attempted. Arabic, the mother tongue of nearly 250 million people in the Middle East and North Africa, is also the sacred language of Islam’s scripture. Its fortunes have been heavily impacted by the Islamic faith. Many of Islamic civilization’s religious, cultural, and intellectual achievements were articulated and perfected through Arabic for many centuries. In Nigeria, most Muslims have to learn Arabic so they can read the Holy Quran.

German, known also as ‘Deutsch’ is the official language of Germany and other countries like Austria and Liechtenstein. Currently, approximately 130 million people speak German, making it the world’s 12th most widely spoken language. It is one of the most important cultural languages of the Western world. These days, almost everyone wants to learn German. The language is related to English so as a Nigerian, you’ll have less trouble catching up.

Russian is an East Slavic language of the Indo-European language family and the largest Slavic language. Russian is mostly spoken in the Russian Federation and by elderly people in former Soviet countries, as well as in Eastern Europe. It’s related to Belarusian and Ukrainian languages. In 2010, the Russian Federation had 137 million native speakers and 166 million worldwide. It’s one of the world’s top 10 most widely spoken languages, according to the United Nations; there’s enough reason to learn it.

We all know China. China’s sheer size draws attention. With 1.3 billion inhabitants, it is the world’s third-largest country. It is the world’s second-largest economy and a prominent geopolitical power. Nearly one-fifth of the world’s population speaks Mandarin Chinese. Mandarin speakers can be found throughout China, Taiwan, Southeast Asia, North and South America, and Europe. Chinese is an official UN language because China is one of the five permanent members of the Security Council. If you wish to learn an Asian language, Mandarin Chinese is the best option you have.

A few African countries speak Portuguese. The language extended globally in the 15th and 16th centuries as Portugal built the first and longest-lived modern-world empire. A number of autonomous countries and regions, including Angola, Brazil, Cape Verde Islands, East Timor Guinea Bissau Macau Mozambique, So Tomé and Principe have adopted Portuguese as their official language. Many additional countries have a large Portuguese-speaking population or use Portuguese as a second language. With over 200 million native speakers, Portuguese is one of the world’s most commonly spoken languages.

Italian is the 20th most widely spoken language on the planet, with roughly 60 million native speakers. Italian is spoken in 30 countries across four continents. Even in Africa, former Italian colonies like Libya and Italian East Africa have a large Italian speaking population. Italian is a Latin-derived language. As a result, it’s often considered as one of the simplest languages to learn for English speakers.

It’ll be almost impossible to learn all 10 languages above. Simply pick one that meets your interest and get on with learning it.