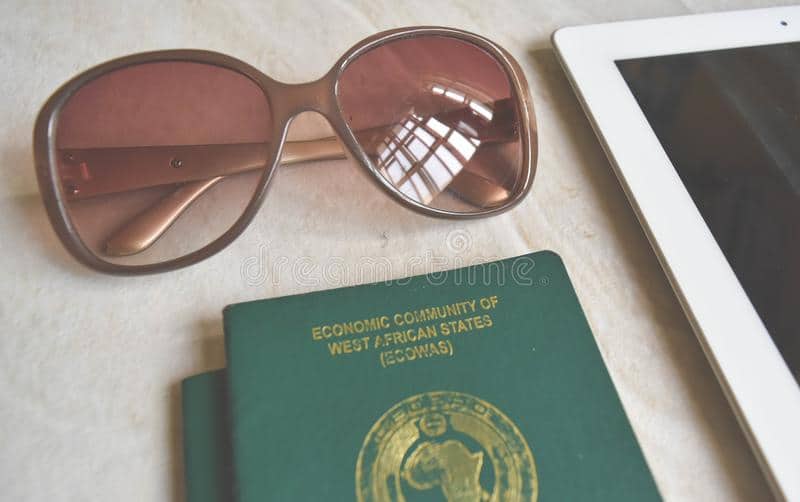 Nigeria is liveable. That being said, there’s nothing wrong with wanting to migrate. Perhaps you’re seeking better job opportunities, better living conditions, better education, or you simply want to explore.

Having the means is the most important thing when talking about migration. “Means” refers to money, of course. Aside from that, it’ll also be worth it if you move to the right place. Hence, this post features the best countries to migrate to from Nigeria.

Year in and year out, thousands of Nigerians move to the UK. In fact, Nigerians are among the top 10 foreign nationals by population in the UK. This is not at all surprising, considering that Nigeria was a British colony.

Aside from that, there are other reasons why the United Kingdom is one of the best countries to move to. You should consider the UK if you intend to study or work, which is very likely.

The UK has some of the best schools in the world, and the salary level in the country is relatively high.

Of course, the United States of America. The US is the dream country for people in various parts of the world, not just Nigerians. The country’s high standard of living is the main attracting factor.

However, there is more to America than entertainment and nightlife. The US boasts millions of jobs, and it’s the best country for a future in tech. The Big Four — Google, Amazon, Facebook, and Apple — are all based in America.

What more? The US has globally renowned educational institutions like MIT and Harvard, for example.

When you mention the US, it doesn’t take long to mention Canada. Canada isn’t the US, but it’s no doubt one of the best countries in North America. Among every other thing, the country is just beautiful.

Canada is an ideal location if you want to experience both American and European culture. If you’re unaware, English and French are co-official languages in Canada.

Also, the country recognised the queenhood of Queen Elizabeth II as one of the Commonwealth realms. Imagine living in the UK in America, then you can imagine living in Canada.

Australia is undoubtedly the best country in Oceania. As a former British colony, the country is part of the Commonwealth realms. As an English-speaking country, it won’t be difficult for you to cope when you move to Australia from Nigeria.

Australia is an interesting country to live in. Do you think Nigeria is big? If so, you’ll call Australia mighty. Australia is just less than 0.3 times as big as all of Europe.

Furthermore, the country has one of the best healthcare systems in the world and one that accommodates foreigners.

Switzerland isn’t particularly popular in Nigeria. Nevertheless, you won’t regret moving to the country, especially if you’re looking for work. Switzerland’s salaries might be twice or triple those in other European countries for similar jobs, making it an attractive job market.

Furthermore, the country’s education system is world-class. If you’re relocating with your family, there are public, international, and English schools, which is notable because the country speaks German, French, and Italian — English isn’t an official language.

Everyone wants to move to the UK, but, really, Germany is the best country for work in Europe. The only problem is that you have to learn German.

Germany is Europe’s strongest economy, as well as one of the world’s largest! They have minimal unemployment and strong economic growth.

Notably, companies in the country are continually looking for talented individuals, especially in fields like healthcare, engineering, and information technology.

Germany is located in the heart of Europe, making travel a breeze. It’s a fantastic way to see more of Europe without needing to travel by plane.

It might not be easy to migrate to China or Japan. Nevertheless, these are not the only notable countries in Asia. You can migrate to Singapore if you prefer Asia, and it really is a good place to live in.

Singapore rates among the best countries in the world based on personal safety, security, political stability, and sustainable economic growth.

According to the World Bank, the country is the second-easiest to do business in.

Looking for a cheap European country to live in? Try Spain. Spain’s cost of living differs from other countries’. The country’s affordability makes it attractive to foreigners from around the world.

So Spain’s nightlife is famous, so if you’re used to the Lagos, Abuja, or Port Harcourt nightlife, you won’t miss it in Spain.

What more? You can forget about your healthcare woes as Spain has one of the world’s best universal healthcare systems.

And if you’re a football fan, of course, Spain is home to Real Madrid and FC Barcelona among other notable clubs.

Norway is one of the best Nordic countries for Nigerian citizens. The country was ranked as the “best country to live in” by the UN Human Development Report not long ago.

This annual rating considers education, income, life expectancy, human rights, and cultural freedom. Hence, you’ll prefer Norway if you need a country where you can reside in peace and tranquility.

Furthermore, Norway ranks high in literacy, education, and prosperity. The country boasts one of the world’s best welfare programs, which helps unemployed or disabled individuals live dignified lives, and the crime rate is low.

When you hear UAE, you immediately think of Dubai. Who wouldn’t want to live in Dubai? Well, Dubai is just one of the emirates in the country. There are other nice places to live as well.

The UAE is an excellent destination for those who enjoy working in a multicultural, fast-paced setting. The country has tremendous business and career prospects and a rich history.

It offers good career and investment opportunities for those who come with a plan.

How to know the network of a number in Nigeria

The Biggest States in Nigeria (By Area)