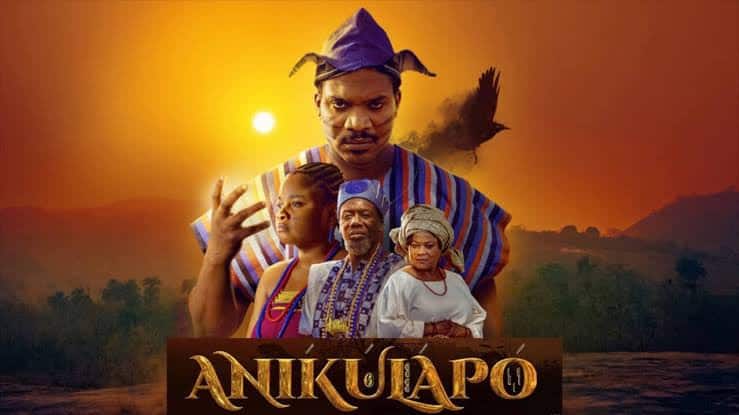 Anikulapo is on its path to becoming one of the most successful movies on Netflix. The Nollywood Yoruba movie is drawing attention from all corners of Nigeria and beyond. Much of it is thanks to its great plot and representation of Yoruba culture. But a part is also thanks to the excellent actors it starrs.

If you’re yet to watch the movie, you should do so. But before then, here is the list of top actors whose faces you’ll see.

Oyekunle Opeyemi Oluwaremi has since become recognized for his parts in such films as Falling, Family Forever, and Tinsel. His breakthrough came in 2010 when he took first place in Gulder Ultimate Search, its seventh iteration.

After taking home the prize in the 2010 Gulder Ultimate Search, Remi decided to pursue acting professionally the following year. He made his acting debut in the Stanlee Ohikhuare–directed and Grace Edwin Okon–produced film Heavy Beauty.

Following this, he went on to feature in a wide variety of films, TV shows, and plays, such as Family Forever,[ Tinsel, Lagos Cougars Reloaded, and Anikulapo. He’s appeared in many movies that were made specifically for Africa Magic.

Nollywood actress Bimbo Ademoye has won several accolades for her work. With almost 200 films under her belt and counting, she has been a full-time Nollywood actress since 2014. Starring in the film “Sugar Rush” brought her widespread recognition.

She is also a spokesperson for the weight-loss company GetFit. In addition, the actress has been in other Netflix films, such as “Fate of Alakada,” “Dear Affy,” and “Light in the Dark.”

However, where Talent Lies was Bimbo Ademoye’s first film. She named Uduak Isong as her inspiration and mentor.

British-Nigerian actor Hakeem Kae-Kazim is noted for his roles in Black Sails on Starz and as Georges Rutaganda in Hotel Rwanda. Kae-Kazim made a successful move to British television after performing alongside Brian Cox and Ian McKellen at The Royal National Theatre.

He has since been in The Bill, Trial & Retribution, and many episodes of the hit BBC series Grange Hill. After that, he relocated to South Africa, where he quickly established a film and TV career. The part of Georges Rutaganda in the Oscar-nominated film Hotel Rwanda, however, catapulted him to international fame.

Sola Sobowale is a veteran Nigerian filmmaker who has written, co-written, directed, and produced a number of films. The first time Nigerians saw Sola Sobowale on television was in the 2001 launch of the hit drama series Super Story: Oh Father, Oh Daughter.

Sola Sobowale’s career began with little roles in films like The Village Headmaster and Mirror in the Sun before she became a household name with her breakout performance in the Yoruba film Asewo To Re Mecca.

Her entry into the acting world began with her several appearances in films produced by Adebayo Salami’s Awada Kerikeri Group.

Ogogo, or Taiwo Babajide Al Hassan, is a well-known actor, director, and producer in Yoruba films. At age 63, Ogogo has become a movie legend as the heroic lead. Ever since then, he’s been an icon among those who watch Yoruba films.

He became well-known thanks to his roles in films like Omin and Bolode o’ku and Obinrin Sowanu. Ogogo has been nominated for and won multiple accolades for her roles in more than a hundred films. He has been awarded with his City People Movie Lifetime Achievement Award.

Faithia Balogun has been a major player in Nigeria’s film industry for over 20 years. She is well known for her work in Yoruba films, where she has consistently impressed audiences with her charismatic turns.

Fathia has become a respected actress despite the fact that she initially had little interest in pursuing a career in the arts. Nobody knows for sure how old the seasoned actress was when she first started acting, but she has been working steadily since the early 1990s.

She claims she was at a loss as to whether or not her career break was a matter of chance or fate. Whatever the case may be, Fathia Balogun is today one of the most recognizable names in show business.

Baba Wande is a versatile actor who has made a name for himself in Nigeria’s entertainment industry thanks to his skill in playing a wide variety of characters. Due to his nuanced acting, he has become a household name in the country’s entertainment sector.

Kareem Adepoju has been an actor since 1963, when he joined the cast of the Duro Ladipo Theatre Group. After a year of studying with Nigeria’s foremost formal drama artist, Chief Oyin Adejobi, he became a member of the Oyin Adejobi Theatre Group.

Mr Macaroni, Adebowale “Debo” Adedayo, is a content creator, actor, and activist. His rise to fame came from his comedic performances on social media, in which he portrayed characters such as the political figure “Daddy Wa” and the sadistic professor “Professor Hard Life.”

Debo made expressions like “Ooin,” “Freaky freaky,” and “You are doing good” commonplace. Adedayo got his start as an actor in Nollywood before he started making comedy clips. According to him, movie roles stopped coming at some point, and it took him some time to decide to start doing online comedy.

How To Use eSIM In Nigeria: 2022 Complete Guide

How can I practice medicine from Nigeria to the UK?